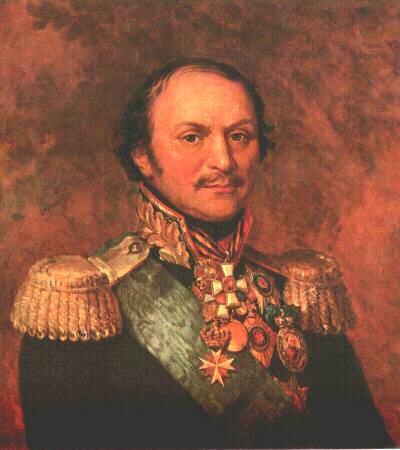 He was a son of a cossack starshina (foreman) and began his military service in a very young age.
In 1772 he commanded a regiment and took part in the Russian-Turkish wars of 1769-1774 and 1787-1791. He distinguished himself in the operation at Kaushany and after in the battle at the river Kalalakh. For his merits in the assault of the Turkish fortress Izmail he was promoted to the rank of Major-General.

In 1795 he was appointed a field ataman of cossacks and took part in the war against Persia.

But in 1797 he was dismissed from the military service by an information against him, exiled to Kostroma and after it put into the Petropavloskaya Fortress.

In January of 1801 he was appointed by Pavel the I-st to command the cossack troops in the march to India, that was planned by Pavel, but after the murder of Pavel the I-st, new Emperor Alexander the I-st abolished this march in March of the same year.

Till 1806 Platov was occupied in main with economical matters of the Don Cossack Troops and with training of cossacks.

Platov took part in the campaigns of 1806-1807 (Eylau, Friedland), after these battles he commanded the advanced cavalry detachments.

In 1808-1809 he took part in the Russian-Turkish war, he commanded a corps and captured Gyrsovo. In 1809 he was promoted to the rank of General of Cavalry.

In the war of 1812 he commanded all Cossack Troops and successfully covered the retreat of the Russian Army to Moscow.

From the beginning of this war the Second Army of P.I.Bargation was in the hardest condition. It was pursued by the outnumbered French troops. Bagration ordered Platov and his cossacks to cover the retreat of his army and to defend the small town of Mir.

On July,9, 1812 there was a hard battle between cossacks and the Polish uhlans of Rozhnetski. The cossacks used their favourite method - "venter", when they retreated at first and entrapped the enemies and then suddenly surrounded them. Platov pushed forward a piquet on the way to Mir in a forest, hid two hundreds of cossacks in a forest nearby. In the town there was only the regiment of V.A.Sysoev, and the other seven regiments we hidden in a castle and in a grove. The enemy van-guard overran the cossack piquet and bursted into Mir, but it was forced out by Sysoev's regiment. The uhlans charged again, but at this time they were attacked by the cossacks hidden in the grove. The Uhlans began to retreat, but two hundreds of cossacks blocked their way. This moment you can see in the picture above.

Platov's success gave Bagration an opportunity to continue the march of his army to Bobruisk.

In the Borodino battle he together with the Corps of F.Uvarov made a raid to the rear of the French Army.

During the retreat of Napoleon's Army he acted very actively and fought successfull at Gorodnya, the Kolotsk Monastery, Gzhatsk, Smolensk and Dubrovna.

Platov took part in the campaigns of 1813 - 1814 . He with his cossaks participated in the blockade of Danzig, after it he commanded a Corps and took part in the battle at Leipzig. In 1814 he captured Namur.

After the war in 1814 he visited England, and there a state reception of him was given. In London he was presented a precious sabre, in Oxford he was given a honorary diploma of a Doctor; and also one of the new ships was named after him.

In the last years of his life he lived in Novocherkassk, where after his death a monument to him was erected.